When my daughter was first born, we were faced with the dilemma of one parent resigning their career position, hiring day care, or looking into an alternative.

The first option wasn’t really an option. Let’s face it, regardless of whether you wish to have a stay-at-home parent or not, the economy doesn’t always support that. With that income a necessity, we investigated daycare… which pretty much equaled 2/3 of one of our income. So that also became a non-viable option.

Enter the grandparents. I’ve heard in other cultures, raising children is a family affair. For real.

A full on, all hands-on deck, let’s do this! I wasn’t certain how well it would work. My mom was offering— “free”—to watch my daughter four days a week. That meant, for at least thirty-two hours a week, my mom would be raising my daughter.

It’s a little harder to fire Nanny if things don’t work out, so we decided if co-parenting was going to be our future, some ground rules needed to be established.

Here are four that we found were critical and saved family tensions and turmoil:

It may seem over-zealous, but I wrote a daily schedule for my mom to follow. Not so much a what to play and when to play, but a schedule that made sure I could relax at work knowing the important things would be followed.

When my daughter was a baby, we had a feeding schedule and a nap schedule. When my daughter grew into a toddler, there was still her nap schedule, some educational time, and a weekly meet-mom-for-lunch appointment. It was easy to adapt to, my own mom knew exactly what my expectations were, and there was little conflict when I returned home to a well-balanced child (and clean laundry-bonus!)

Everyone disciplines differently. Spare the rod, spoil the child, is one philosophy. Allow the child freedom of choice and expression is the opposite.

But usually, parent’s land somewhere in the middle and if it’s not outlined, Grandma (or Grandpa) can go way out of bounds of your comfort zone. With my daughter, we advised my mom what we were comfortable with her enforcing.

Our personal jobs made it possible that if my strong-willed daughter got remarkably stubborn and willful, Nanny could pick up the phone and announce that she was calling in reinforcements. Namely, a parent. That alone was typically enough to ensure compliance, and as my daughter grew, she also learned it ensured a consequence when Mommy or Daddy got home too.

The nice part was, I didn’t have to confront my own mother for being too harsh or too soft. For being too stringent on rules or spoiling my daughter and making her entitled. My mom knew the rules. We set them and agreed on them prior to it becoming an issue. 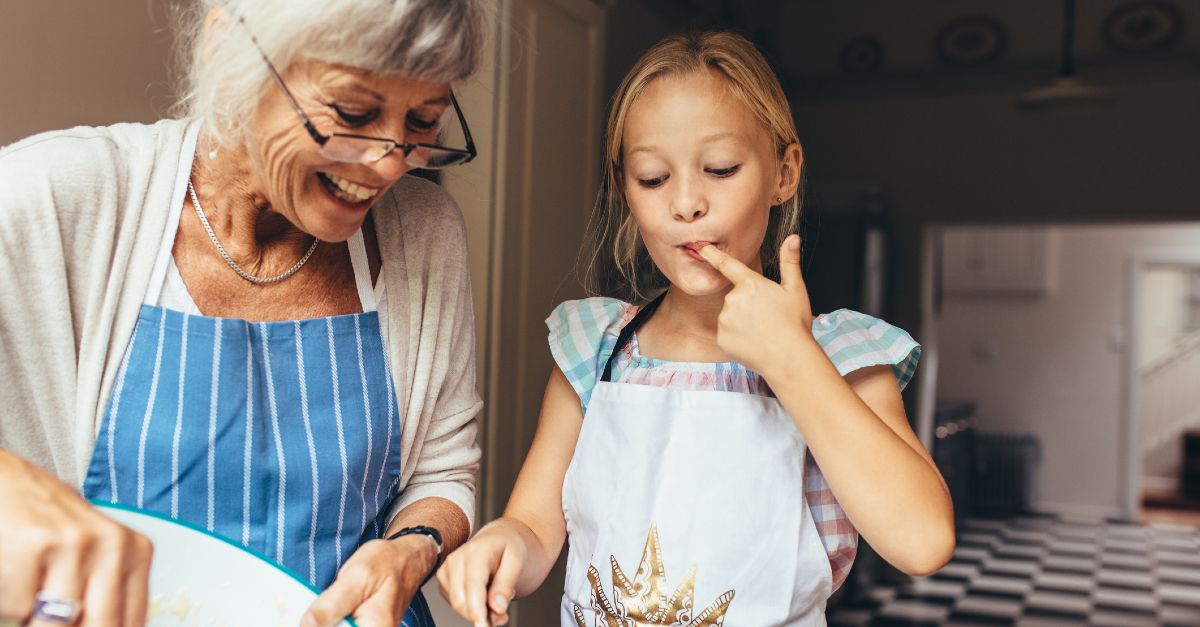 This one can be tricky, but it is critical to co-parenting with grandparents. The ultimate authority over the child must be determined before the co-parenting begins.

This means, identifying both verbally and even in writing, that the grandparents are influencers, caretakers, and nurturers, but the parents make the final decisions in the upbringing of the child.

Can the grandparents provide input and opinion? That also should be determined prior and weighed based on your relationship. My parents were invited to share their input and opinion, but we, in return, expected they would then leave the situation to be handled by us and would not challenge our decision should it contradict their input.

Without this understanding, it becomes an all-out free-for-all and in return, the child is left with developmental whiplash as each caregiver has variances to their boundaries, their way of child-rearing, and even their spiritual walk.

My parents have far more conservative views on television and music than do I. So, at times, it has been a sticky-point, especially as my kids are older and their viewing ranges from Power Rangers to My Little Ponies. Notice how you reacted to those titles.

Some of you probably thought “what’s wrong with them?” and others perhaps inhaled a breath of “oh heaven, turn off that TV!” Because we had established very clearly the authority, as seen in point number 3, this then became easier.

While my parents voiced concern over a few TV shows my kids are free to watch, we’ve acknowledged it, but also indicated we don’t agree. Because we, the parents, are the authority, my parents then support that decision. I’m sure it’s caused them some personal angst, but our relationship has been intact sans arguing and the kids aren’t sandwiched between a power struggle.

So, in the areas you can foresee being an issue, outline the specifics of what is and what is not allowed. In the area of their other grandma, my kids could pretty much sit down with a bag of sugar and spoon and she would be happy to oblige because she loves them. This is not okay with me.

So, we struck an agreement. Two sweets and no more unless special permission is obtained. Clear boundaries. Clear conscience. Clear relationships.

The Influence of Grandparents is Invaluable

It's proven that having grandparents involved in the upbringing of children is of great worth.

Studies show that grandparents who are closely involved with their grandchildren help against depression, mental digression, and even physical strengthening in the grandparent. On the flip side of this, children with loving and nurturing grandparental influences have stronger emotional stability, tend to be more grounded, and enjoy the comfort of warmth and security.

A grandparent’s influence is notably different than that of the child’s parent and the relationships reflect this. My kids are so attached to their grandparents that my son sleeps with one of his Nanny’s shirts and a stuffed animal Gramma gave him. My daughter video messages Nanny every day they’re not together and confides in Nanny all the things that are sometimes scary to confide in me.

I’m okay with that. Especially because we’ve outlined our relationship and our boundaries. Now, my parents and my husband’s parents can freely invest in our children, and the wealth of my children’s lives because of it has been epic.

Even if I frequently get a call for an extra sweet treat at Gramma’s (and I frequently cave), and even if my kids have introduced my parents to several shows they would have never watched before and now thoroughly enjoy.

Family enriches lives. It impacts a child’s upbringing, builds a foundation of security and strength.

If you’re so blessed, it also teaches them a spiritual perspective from all angles that infuses into the child’s life and makes following the Lord not just a personal decision, but a way of life. As parents, it is important—and I would argue, even critical—that we don’t discount the influence of our parents on our children.

Family tensions and conflicts, even dysfunction, are real and problematic elements to this wonderful equation. However, if boundaries and expectations can be set clearly and agreed upon mutually, it can help assuage some of the road bumps along the way.

There is nothing so beautiful as comforting a child at bedtime when they cry for Nanny who they just saw a few hours before and simply miss in their sweet innocence. And, there’s nothing so awesome as to hear your daughter exclaim she wants to be a mechanic like Grampa when she grows up, or have your son learn chess from Poppy when he’s five years old. Grandparents can teach our children so much that we cannot.

Prayerfully consider including them in the raising of your children.

Jaime Jo Wright is the winner of the Christy, Carol, Daphne du Maurier, and INSPY Awards. She's also the Publishers Weekly and ECPA bestselling author of three novellas. Jaime works as a human resources director in Wisconsin, where she lives with her husband and two children.

This content first appeared on Crosswalk.com and is used here with permission. To view the original visit: https://www.crosswalk.com/family/parenting/grandparenting/4-ways-to-have-less-conflict-when-co-parenting-with-grandparents.html

I have many times stood upon the shore of a peaceful Atlantic ocean gazing East to the sunrise, pondering the vastness and the depth of God. This was not one of those times.