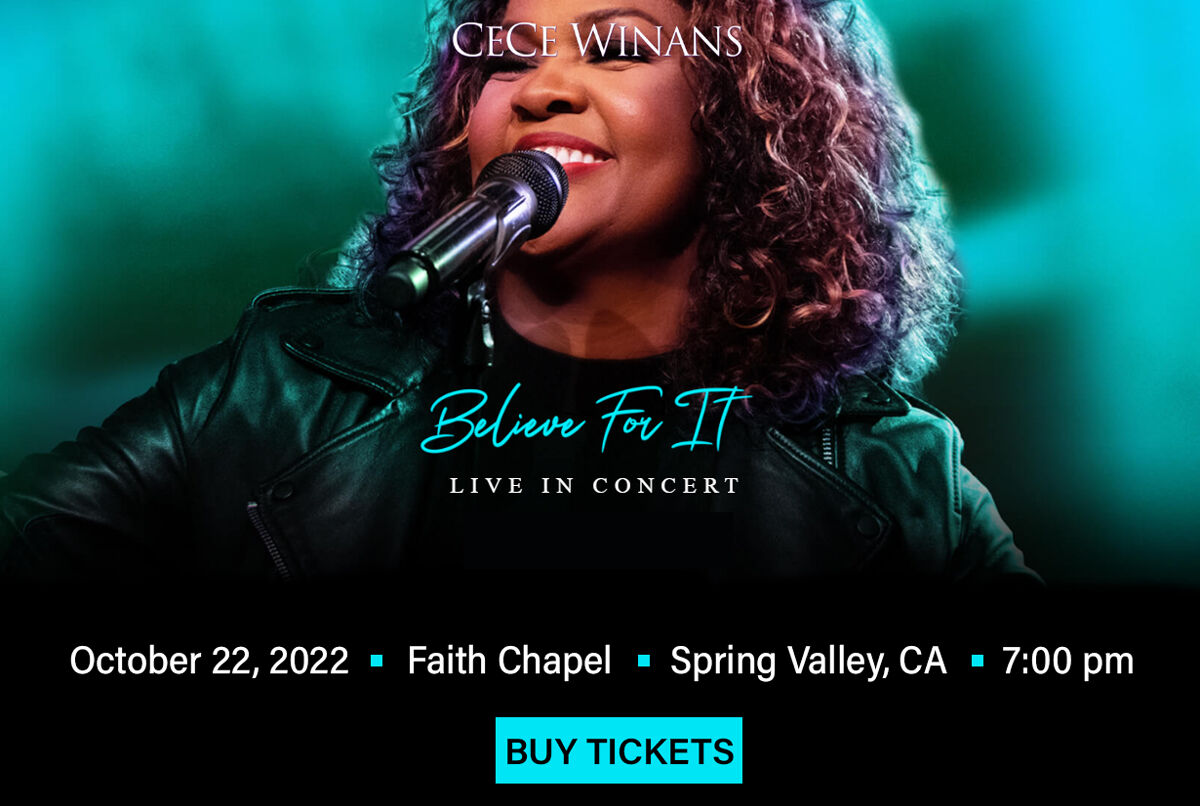 Since 2012 CeCe Winans has co-pastored Nashville Life Church in Nashville, Tennessee with her husband Alvin. Under her leadership Life Church has gained growing attention for its energy-infused modern gospel worship led by her son, Alvin III.

Though CeCe Winans is most known and decorated for her music accolades, CeCe’s passion for sharing The Gospel carries over in the form of written and spoken word.

She is an accomplished author of three books: On A Positive Note, Throne Room: Ushered Into the Presence of God, and Always Sisters: Becoming the Princess You Were Created to Be (co-written with Claire Cloninger). CeCe has spoken at conferences and events around the world.

The best-selling and most-awarded female gospel artist of all time, CeCe Winans will be heading out on her first nationwide tour in over a decade with the Believe For It tour.

With 15 Grammy Awards, 31 Grammy Nominations, 23 Dove Awards and 15 Stellar Awards, this will be a night of worship and songs you will never forget.

CeCe will perform many of her biggest songs from over her career as well as some of her more recent songs impacting the church like Believe For It and Never Lost.

This night will bring together church, community, and friends for a special live, full-band experience, fans have been anticipating for over 10 years!