Scientists are beginning to verify what many of us have known for a long time: most dads make a positive difference in the lives of their kids.

Kids who grow up with a father who is present and engaged are less likely to drop out of school or wind up in jail. When a dad has a close relationship with his children, they tend to have higher IQs, have fewer psychological problems, avoid high-risk behaviors (such as sex at a young age), and grow up to have high-paying jobs and healthy relationships.

Dads also play a key role in the faith lives of their children.

According to a detailed study conducted several decades ago, a father’s church attendance has a much greater impact on the future attendance of his children than a mother’s attendance. The study found that, if a father does not go to church, no matter how faithful his wife’s attendance, only one child in 50 will become a regular worshipper.

On the other hand, if a father does go to church regularly, regardless of the practice of the mother, between two-thirds and three-quarters of their children will become churchgoers (regular or irregular). Even if a father goes irregularly to church, regardless of his wife’s attendance, between a half and two-thirds of their children will come to church, as least occasionally, as adults.

But fathers often don’t hear how important they are to their children. Instead, TV shows and movies portray dads as superfluous or even bumbling idiots. Advertising campaigns accuse them of botching how they raise their children, especially their sons. And even Father’s Day sermons, with titles such as “Man Up!” chide them for not measuring up to the Biblical standard of a “good dad.”

A group that champions fatherhood and raises awareness that dads matter is the Fatherhood CoMission. The group’s Honor Your Father campaign is a nationwide collaborative effort to encourage every Christian to honor his or her dad, even if he is not involved in your life.

And even if he is no longer alive.

A key way to honor your father is to thank him, either publicly or privately. Two members of the Fatherhood CoMission board of directors—Dr. Clarence Shuler and Jeff Kemp—suggest seven reasons why you should thank your dad this Father’s Day: 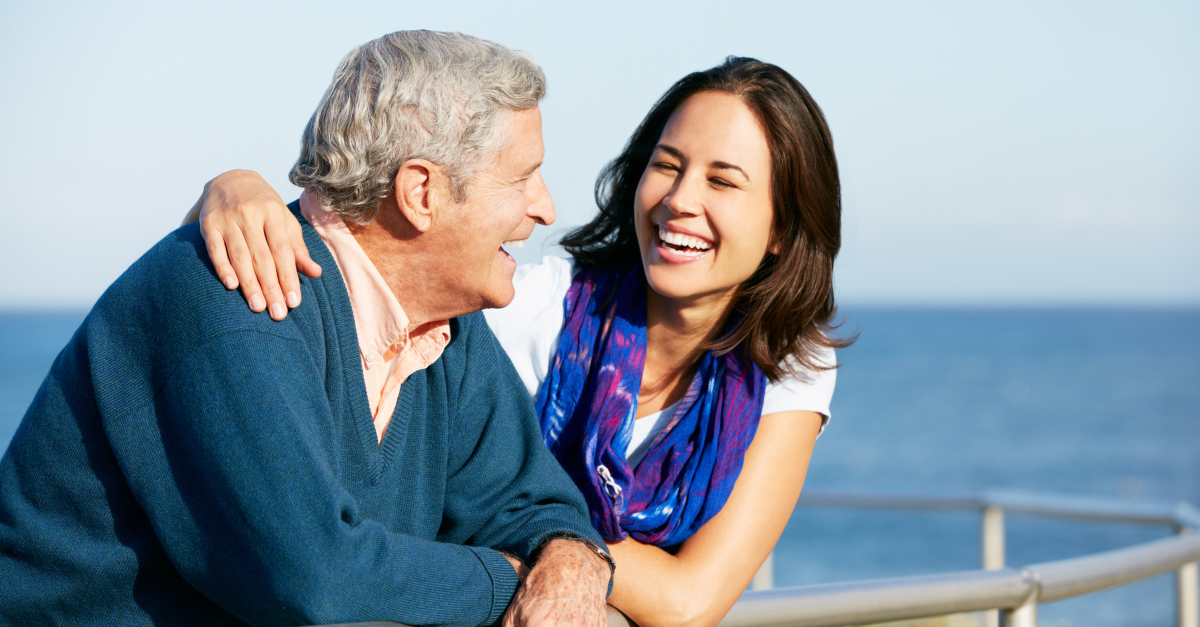 The fifth of the 10 Commandments is recorded in Exodus 20:12: “Honor your father and your mother, that your days may be long in the land that the Lord your God is giving you.”

What does it mean to honor your father? “To honor means to respect in a visible manner,” says Shuler, the president of BLR: Building Lasting Relationships.

One of the best ways to honor your dad is simply to tell him that you are thankful that he is your father. Shuler recommends thanking your dad publicly, if possible. Another good way of showing your thanks is giving him a gift. “Spending time with our dads may be the best gift possible,” says Shuler.

Expressing your thanks in writing has the advantage of enabling your dad to see it, over and over. “Throughout his life, I thanked my dad in notes and letters on Father's Day and his birthdays, says Kemp, whose career has included 11 years as an NFL quarterback and 18 as the head of Stronger Families.

“But, when he got cancer, I wrote a three-page bullet list of things for which I thanked him. I sat down face-to-face and thanked him for a lifetime of blessings, benefits, and character.” 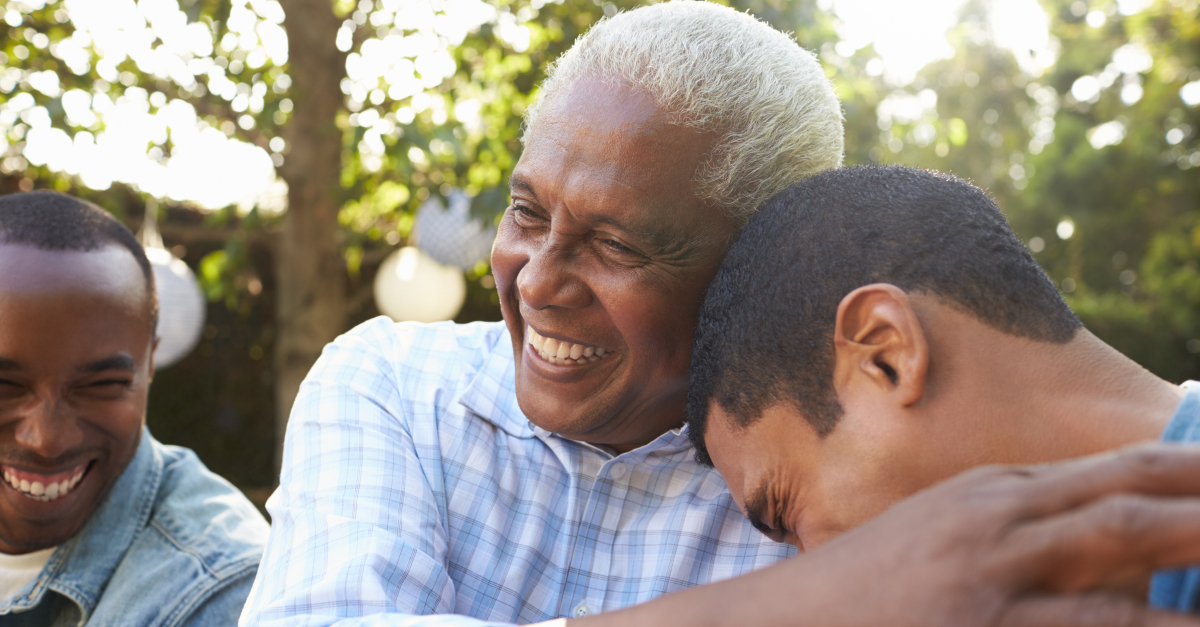 Expressing thanks to your earthly father also honors your Heavenly Father.

“God orients Himself and all of existence around fatherhood,” says Kemp. “By valuing our fathers and respecting their role, we honor God."

Of course, while God is perfect, our earthly fathers are not. But neither are we. By thanking the imperfect men whom God has chosen to be our dads, we can gain a deeper appreciation of God’s love for us. And we take a step toward modeling the humility that Jesus demonstrated to his Father, which was described in an early Christian hymn that Paul recorded in Philippians 2:6-11:

Christ Jesus, who, though he was in the form of God, did not count equality with God a thing to be grasped, but emptied himself, by taking the form of a servant, being born in the likeness of men. And being found in human form, he humbled himself by becoming obedient to the point of death, even death on a cross. Therefore God has highly exalted him and bestowed on him the name that is above every name, so that at the name of Jesus every knee should bow, in heaven and on earth and under the earth, and every tongue confess that Jesus Christ is Lord, to the glory of God the Father.

“Thanking and honoring your dad aligns with God's blessings in your life,” says Kemp. “This is something we all yearn for. Be the mature one. Out-bless your dad, and please your Heavenly Father.” 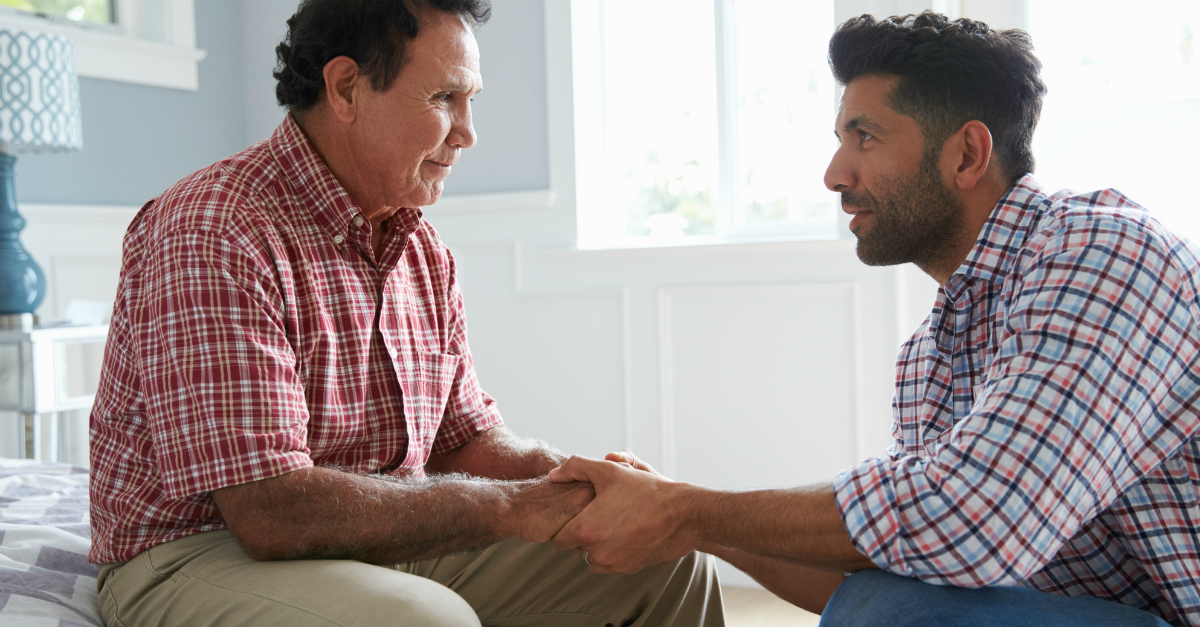 3. It Encourages Your Dad

Men need encouragement, but they don’t like to ask for it.

“Fathers and older men are not much different than boys and young men,” asserts Kemp. “We all want to know that we measure up, that we have what it takes. Thanking your dad affirms that he's a good man, a noble man, who has done his job as well as he could with what he had. It lifts his spirit and self-worth.”

“When you thank your dad, you encourage and affirm him,” adds Shuler. “He sees that you appreciate him, that he has not wasted his time with you. It helps to validate his fathering efforts. You give him peace as well as self-confidence.”

If you struggle to see the good in your dad, then take some time to recall positive character traits that he has demonstrated and actions that he has taken which were for your benefit, even indirectly. Write these down and, if possible, speak them directly to your dad.

“One of the best ways I started to show gratitude and respect for my dad was when I started asking him advice about raising my teenage sons,” says Kemp. “It honored him, and it helped me more than I'd expected.”

Hearing thanks from you may do more than encourage your dad. “It may motivate him to continue with his fathering efforts and to get better at it,” says Shuler. “You may inspire your dad to want to do more.” 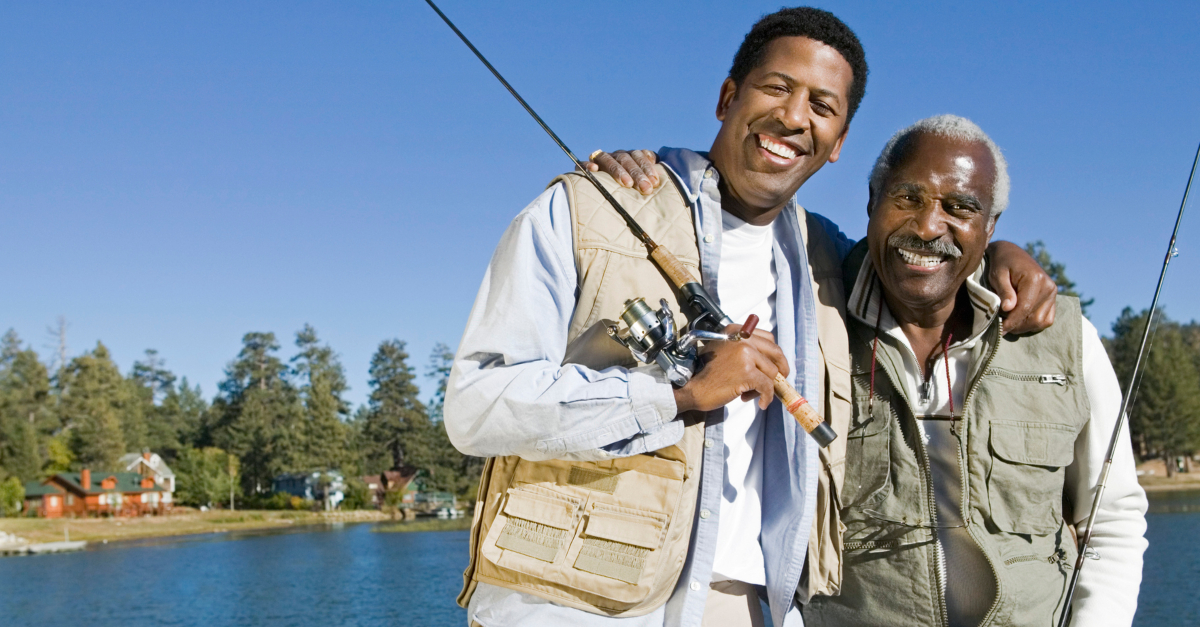 4. It Improves Your Relationship with Your Dad


If you and your dad are not on the best terms, then expressing thanks to him may be an important first step to a better relationship with him.

For much of his life, Shuler and his dad struggled. “My dad never told me that he loved me,” says Shuler.

But Shuler strived to see the best in his dad and to thank his dad for his efforts. “He was a great man,” recalls Shuler. “We were poor, and he worked three or four jobs to make sure that we had enough to eat and the house was warm. The way he treated my mom…he taught me a lot about being a good man.”

Ultimately, Shuler led his father to faith in Christ. “We gain an intimacy with our dad when we thank him,” he says. “He can sometimes become our best friend, confidant, and counselor. And when we’re with our dads, no matter how old we are, it often allows us to feel like a little boy—a break from our responsibilities, even if it is an hour or two.” 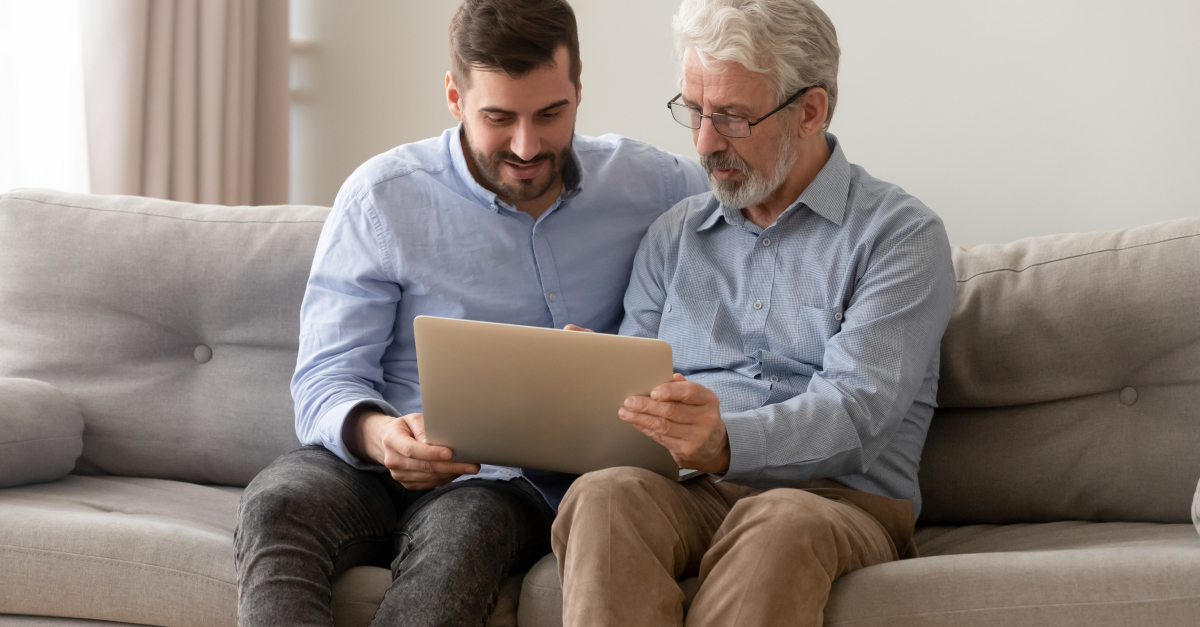 5. It Can Bring Healing, Even If Your Dad Is No Longer Alive

“Many of us have wounds and vacuums that our imperfect dads have imprinted on us,” says Kemp. “Thanking our dad in obedience to God moves us closer to being able to apologize for any wrong attitudes or reactions of our own, and forgive them for those wounds and vacuums. Humility and expressing gratitude pave the way for reconciliation. It's crucial to our emotional and spiritual health.”

He encourages you not to wait. “You never know when your dad will pass. You'll wish you made more clear your love, gratitude and desire for closer relationships. Start it now.”

But what if you missed the opportunities while your dad was alive?

“Write a letter to your dad,” says Shuler. “If it was a great relationship, tell him everything he did great that you loved about him. If it was a really bad relationship, then write everything about your dad that you want to say...and tear that letter up. Then write him a letter that he actually would want to read, because there were at least one or two things that he did that were good for you.”

Writing a letter, he continues, will help bring closure to you, and it will help you heal from the wounds that you have from your father.

6. It Strengthens Your Family

“Thanking our father benefits more than our dad,” says Kemp. “It’s a gift to everyone who sees our humility and gratitude.”

“The Bible teaches that what we do impacts our family either positively or negatively for three to four generations in our family,” adds Shuler. When you thank your dad in the presence of others in your family, they will observe your biblical practice. If you do it consistently, then they are likely to emulate your practice. You ultimately may be passing it on to future generations. 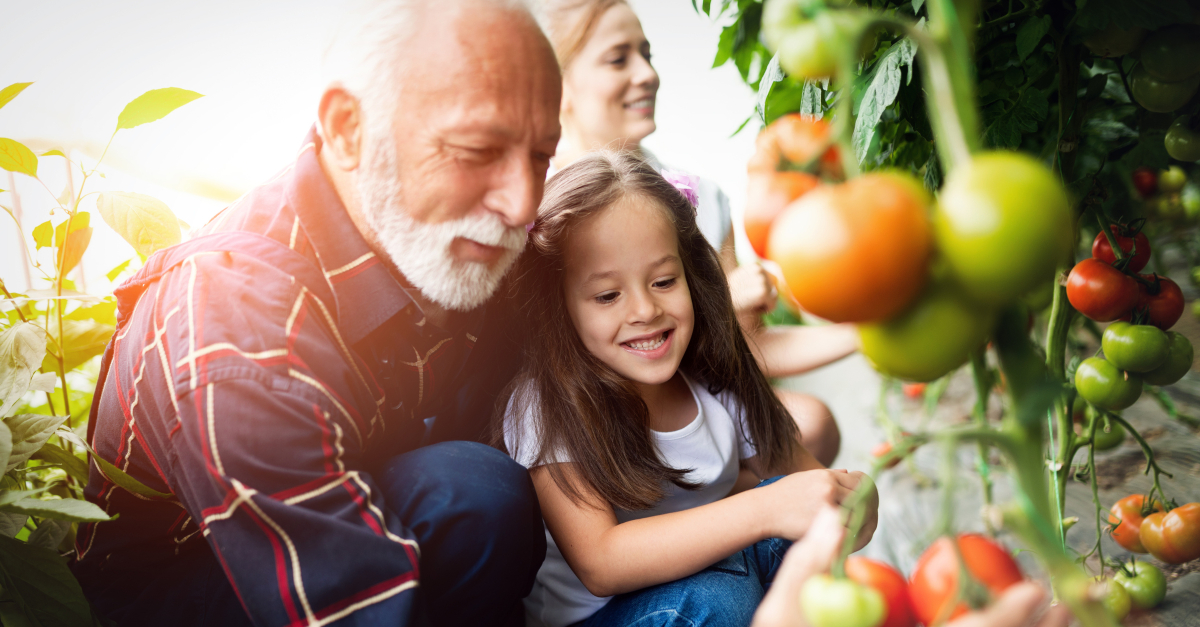 7. It Brings Blessings to You

Thanking your dad blesses him. And others in your family.

As Paul reminds us in his letter to the Ephesians (Ephesians 6:2), the command to honor our father and mother is the first commandment with a promise: “that it may go well with you and that you may live long in the land.”

“We get joy from seeing the joy in our father’s face and eyes,” says Shuler. “We get blessed by being obedient.”

“Being humble and grateful are proven keys to human happiness,” adds Kemp.

“None of us have dads that are close to perfect,” he continues. “But we all have a Perfect Father, who sacrificed his only Son to love, adopt, and bless us as his son or daughter. Receiving our identity, value, and approval from God can help us let go of disappointments and hurts that damage our relationship with our dad.”

His final advice is this: “Get your love from God. Give your love to your dad. Thank him, this Father's Day and often.”

For encouragement and resources from over 100 fathering organizations, go to FatherhoodCoMission.org.

Dr. Clarence Schuler is the President/CEO of BLR: Building Lasting Relationships. Clarence is a counselor, speaker, and author or co-author of several books, including Choose Greatness: 11 Wise Decisions that Brave Young Men Make, which he co-wrote with Dr. Gary Chapman. Clarence and his wife Brenda reside in Colorado Springs, Colorado and have three adult daughters. For more information, visit www.clarenceshuler.com.

Jeff Kemp is the author of Facing the Blitz: Three Strategies for Turning Trials into Triumphs.  He played 11 seasons as an NFL quarterback, founded and ran Stronger Families in the Pacific Northwest, and served as a FamilyLife Vice President and Catalyst for Helping Others. He and his wife Stacy live in Little Rock, Arkansas, and have four sons. JeffKempTeam.com is his mission platform for building better men and marriages, healthy leaders, and teams.

This content first appeared on Crosswalk.com and is used here with permission. To view the original visit: https://www.crosswalk.com/special-coverage/fathers-day/reasons-to-thank-your-dad-this-fathers-day.html