King Baasha was the northern Kingdom of Israel’s third king following Israel’s split with its southern brothers in Judah. Baasha had ascended to the throne by murdering his predecessor and disposing of his entire family. The moral opposite of his southern contemporary, Asa, Baasha was an evil king who did evil in the eyes of the Lord and led Israel into sin and idol worship.

Apart from a handful of notable names, the kings of Israel and Judah are relatively obscure figures to most Christians and Bible readers.

To be fair, the history of Israel’s kings is a complex, unsettling history to say the least, with numerous kings rising and falling in the span of about three hundred and fifty years. Given the fact that Israel was only united as a kingdom during the days of David and Solomon, keeping track of two lines of kings through two kingdoms, whose histories are interwoven throughout the books of 1&2 Kings and 2 Chronicles is an understandably daunting task.

But what’s most important to remember about Israel’s kings, both the good and the bad; and what does their specific role in Israel’s history teach us about the heart of God, God’s plan for His people, and the corruptive influence of sin and earthly power?

Let’s take a closer look at one of Israel’s early kings, Baasha, to explore this question further.

Who Was King Baasha in the Bible?

Baasha was the 3rd king of the northern Kingdom of Israel and son of Ahijah and a member of the tribe of Issachar. He succeeded Nadab, son of Jeroboam, and ruled in Israel for twenty-four years from 909 to 885 B.C.

To provide a little bit of historical context, Israel had enjoyed a true golden age under the reign of Solomon, David’s son. Not only had Solomon overseen the completion of the temple in Jerusalem, he had led Israel in an era of wisdom and prosperity.

Unfortunately, Solomon’s later years were marred by idolatry and apostasy.

Known for his many wives, Solomon’s marriage to foreign women had opened the door for pagan worship and other religious practices contrary to God’s desires and the law of Moses to take root in Israel, leading to the nation’s spiritual decline (1 Kings 11).

Seeing the idolatry of His people, who had rejected His commands and forsaken Him as their God and king (1 Kings 11:33), God sent the prophet Ahijah to Jeroboam, a valiant warrior in Israel, with word that the nation would eventually be split into two kingdoms.

Jeroboam would be given charge of ten of Israel’s twelve tribes in the north. The rest would remain as an inheritance to the house of David in the south.

Solomon’s son, Rehoboam, would eventually succeed his father as king. However, influenced by his Ammonite mother and the folly of his childhood friends, would reject the wisdom of his father’s advisors and Israel’s elders by refusing to lift taxes on the nation. In doing so, Rehoboam lost the support of the people, who subsequently rejected him as king.
As prophesied, the ten northern tribes would align with Jeroboam in the north, while Judah and Benjamin remained loyal to Rehoboam and the house of David in the south. Thus, the nation was divided into two kingdoms in 931 B.C.

To Jeroboam, God promised that his family would remain on the throne in Israel provided he and his sons remained faithful and obedient.

Unfortunately, Jeroboam feared that if the northern tribes were allowed to worship at the temple in Jerusalem in the south, they might eventually seek to return to the glory days of as a united kingdom under the leadership of the house of David.

For this reason, Jeroboam decided to establish substitute “high places” of worship in Bethel and Dan, where the people of the north could worship Yahweh separate from the temple in Jerusalem, a clear violation of God’s commands and desire for Jerusalem to be the central place of worship in Israel. In the high places of Bethel, Jeroboam also introduced false images of Yahweh in the form of golden calves for the people to worship (1 Kings 12:25-33).
This was the “Sin of Jeroboam” that plagued the northern kingdom and parts of the southern kingdom for the rest of their history.

Though some of Israel's nineteen kings were more faithful to God than others, none were bold enough to remove the high places of Bethel, denying any northern king the seal of divine approval.

Because of Jeroboam’s sin, God promised that Jeroboam’s family would be removed from the throne and his family line cut off from Israel forever (1 Kings 14:8-16).

Jeroboam’s son Nadab would succeed his father as king and go on to do evil in the eyes of the Lord, leading Israel in the sins of his father. However, in just his second year as king, while Nadab and the army were at war with the Philistines, Baasha of the tribe of Issachar assassinated King Nadab and took the throne for himself (1 Kings 15:27). He then proceeded to kill anyone left of the house of Jeroboam, fulfilling what the prophet had spoken over Jeroboam through the prophet Ahijah (1 Kings 15:29-30). 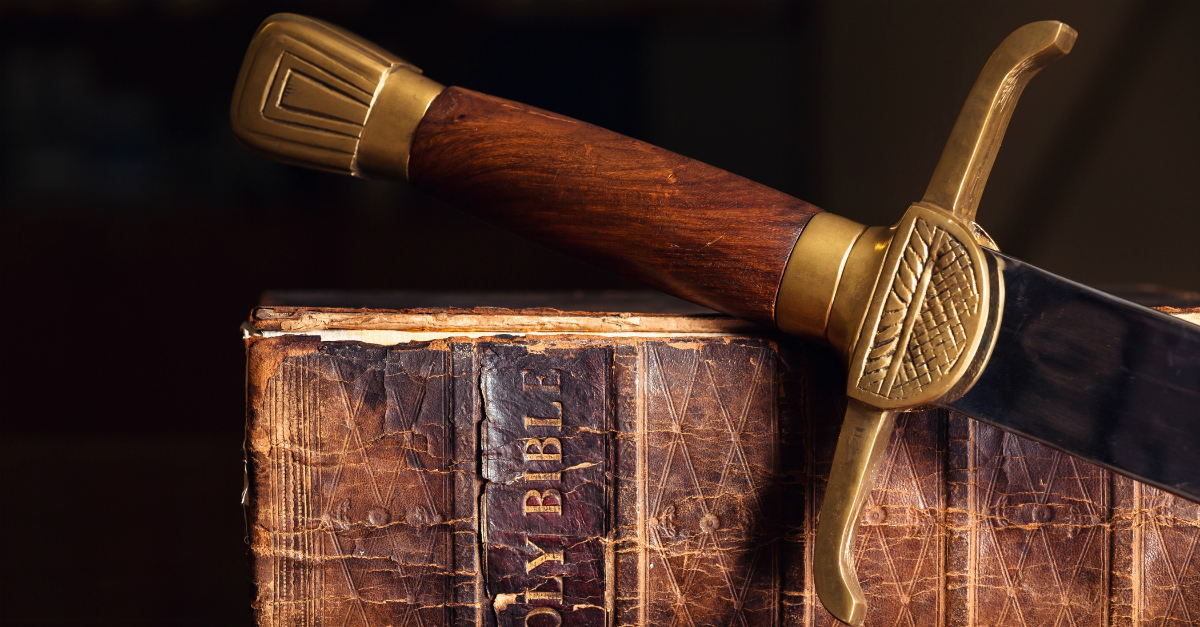 What Did King Baasha Do?

Having assassinated the king, destroying his family and usurping the throne of Israel, Baasha would go on to rule for twenty-four years, and like his predecessors, he also “did evil in the sight of the Lord, and walked in the way of Jeroboam and in his sin which he made Israel sin.” (1 Kings 15:34).

Needless to say, he was not an improvement or character upgrade in the category of moral leadership.

During his reign, Baasha would go to war with Asa, the great-grandson of Solomon and king in Judah at the time (1 Kings 15:33).

In an attempt to prevent anyone from retreating to Judah from the north or attacking Israel from Jerusalem in the south, Baasha moved to fortify the city of Ramah on the border of the northern and southern kingdoms (2 Chronicles 16:1).

At this time, King Asa in Judah sent emissaries to Ben-Hadad, king of Aram, offering him gold and treasure from the house of Lord to form a treaty with the Syrian king. In doing so, Asa successfully persuaded Ben-Hadad to break his treaty with Baasha and form a new alliance with Judah in the fight against the northern kingdom.

Betrayed and outnumbered, Baasha’s forces in Ramah were broken and forced to retreat. As a result, the northern kingdom surrendered Ijon, Dan, Abel, and Beth Maakah, as well as the store cities of Naphatali to Ben-Hadad (2 Chronicles 16:5). At this point, King Baasha abandoned Ramah entirely, allowing Asa to carry away the stones and timber Baasha had used to fortify Ramah.

Needless to say, Asa was a much more competent and cunning military leader than his contemporary in the north. By contrast, Asa was also considered a more righteous king, for “Asa did what was right in the sight of the Lord, like his father David.” (1 Kings 15:11)

The Bible says Asa also “removed the male cult prostitutes from the land and removed all the idols which his fathers had made” (1 Kings 15:12). He even went so far as to remove his mother from her position as queen mother because she had made and worshipped an image of the pagan deity Asherah. Asa would cut it down and burn it at the brook Kidron.

However, like many of the kings of both nations, under Asa’s reign, the high places were not eliminated. “Nevertheless Asa’s heart was wholly devoted to the Lord all his days.” (1 Kings 15:14).

King Baasha would eventually die in Israel, seemingly of natural causes (1 Kings 16:6). However, as he had assassinated Nadab and wiped out the bloodline of Jeroboam to ascend to the throne, so his son Elah would be killed by one of his commanders, Zimri, who then took a page out of Baasha’s playbook, slaughtering Baasha’s entire family (1 Kings 16:1-14).

Years later, God would repay another wicked king, King Ahab, for his wickedness, promising, “I will make your house like the house of Jeroboam the son of Nebat, and like the house of Baasha the son of Ahijah, because of the provocation with which you have provoked Me to anger, and because you have made Israel sin” (1 Kings 21:22).

Tragically, as was often the case, the kings of Israel rarely learned from the mistakes of their predecessors, repeating the same sins and suffering the same consequences as a result.

What Lessons Can We Learn from King Baasha?

For most people, Christians included, Baasha may not be a well-known biblical figure or recognizable name. Even among Israel’s kings, he is not the most popular or easily identifiable.

But what can we learn from Baasha and the failure of the kings of Israel?

For one thing, only a handful of the kings in Judah were actually considered good kings. These held to the ways of King David, their ancestor, worshipping God, keeping His commands, and leading the people in the ways of the Lord. Most, however, were wicked or weak men, who fell victim to idol worship or the pagan practices of their neighbors.

Ironically, even the good kings struggled to remove socially acceptable sins and forms of idolatry that, over time, proved costly, denying Israel the ultimate blessing of God’s favor.

Despite Judah’s occasional upright king, nearly all of the kings in the northern kingdom, however, were outright moral failures, leading the northern tribes deeper into idolatry, false worship, and pagan rituals and further away from the love and laws of Yahweh, their God.

Rarely would the kings of Judah learn their lesson or deviate from the sin and failure of their predecessors.

As the kings of Israel led, so went the nation.

That being said, God’s plan was always bigger than any machination of man; and not even the wickedness of Baasha could stop God from fulfilling His promises or eventually winning back the hearts of His people.

God would send countless prophets to both nations to try and steer the hearts of His people back to their first love, proving that He was a God of mercy as much as He was a God of justice.

Sadly, it would take nineteen wicked kings, generations of political turmoil, and eventual captivity and exile for Israel to finally realize that God’s way is always better than our own. Only after years of heartache and suffering brought on by their own sin would the people of Israel learn their lesson, forsake their idols, and return to their God, the true and sovereign king of Israel, the only one they would ever need.

Joel Ryan is an LA-based children’s author, artist, professor, and speaker who is passionate about helping young writers unleash their creativity and discover the wonders of their Creator through storytelling and art. In his blog, Perspectives off the Page, he discusses all things story and the creative process.

This content first appeared on Crosswalk.com and is used here with permission. To view the original visit: https://www.crosswalk.com/faith/bible-study/who-was-king-baasha-and-what-did-he-do.html