“Soteriology” isn’t the kind of word you see in a sermon title. It’s definitely not a word directly from Bible. But without the concepts this term describes, the Bible would be a far shorter book—and a far sadder story.

What Is the Meaning of Soteriology?

Soteriology is the doctrine of salvation. In short, it describes why we need saving, who saves us, how he saves us, and the purpose we’ve been saved for.

Topics such as redemption, propitiation, justification, and sanctification all fall under the umbrella of soteriology. Many heresies, such as Antinomianism and Pelagianism, are countered through soteriology. Even the famous (infamous?) Calvinism/Arminianism debate is soteriological.

That all sounds important, but it also sounds like a dictionary of theology definitions. Would the average Christian really benefit from studying soteriology? After all, everything comes down to John 3:16.

For God so loved the world that he gave his one and only Son, that whoever believes in him shall not perish but have eternal life. (John 3:16, NIV)

If we know Christ, and we know about his sacrifice, do we really need to know why it works?

What Is the Difference between Christology and Soteriology?

Soteriology is about salvation. Christology is about the Savior. Each subject informs the other—but there is a reason they each have their own field of study.

John 3:16 is a powerful summary of Christ’s work on the cross, and it gets to the heart of God’s plan for salvation: the Savior. But what did the Savior save us from? Why couldn’t we save ourselves? What are we being saved for?

Salvation is the story of how God restored us to a right relationship with him. And that story isn’t limited to John 3:16 or even the New Testament—it fills the Bible cover to cover.

What Does the Bible Say about Soteriology?

In the Old Testament, that solution appears to be the nation of Israel. Humanity had a terrible track record (Genesis 4-11), but there was still hope. After all, individual humans such as Abel, Enoch, Job, and Noah had lived righteous lives. Perhaps a select group of people could learn to follow God and set an example for the world. Perhaps someday, the world could be saved through them (Genesis 12:1-3).

In Exodus and Leviticus, God gave Israel detailed instructions on how to avoid sin and pursue righteousness—and even how to atone for sin through animal sacrifice. For centuries, God guided Israel through this Law and through sending leaders and prophets to hold them accountable. But time and again, Israel failed.

The LORD warned Israel and Judah through all his prophets and seers: “Turn from your evil ways. Observe my commands and decrees, in accordance with the entire Law that I commanded your ancestors to obey and that I delivered to you through my servants the prophets.”  But they would not listen and were as stiff-necked as their ancestors, who did not trust in the LORD their God. They rejected his decrees and the covenant he had made with their ancestors and the statutes he had warned them to keep. They followed worthless idols and themselves became worthless. They imitated the nations around them although the LORD had ordered them, “Do not do as they do”  (2 Kings 17:13-15, NIV).

“Therefore, you Israelites, I will judge each of you according to your own ways, declares the Sovereign Lord. Repent! Turn away from all your offenses; then sin will not be your downfall. Rid yourselves of all the offenses you have committed, and get a new heart and a new spirit. Why will you die, people of Israel? For I take no pleasure in the death of anyone, declares the Sovereign Lord. Repent and live! (Ezekiel 18:30-32, NIV),

I sent my prophets to cut you to pieces—to slaughter you with my words, with judgments as inescapable as light. I want you to show love, not offer sacrifices.  I want you to know me more than I want burnt offerings. But like Adam, you broke my covenant and betrayed my trust (Hosea 6:5-7, NLT).

Even with clear instructions on how to live holy lives and a clear system to atone for sin, God’s chosen people followed Adam’s sinful footsteps. God pleaded with them and shouted at them through the prophets. He punished them (drought, plague, exile, etc.) to lead them to repentance. But even with prophets’ guidance, a beautiful temple, and sacrifice after sacrifice, something still wasn’t working.

Had God’s plan of salvation failed?

For since the law has but a shadow of the good things to come instead of the true form of these realities, it can never, by the same sacrifices that are continually offered every year, make perfect those who draw near. Otherwise, would they not have ceased to be offered, since the worshipers, having once been cleansed, would no longer have any consciousness of sins? But in these sacrifices there is a reminder of sins every year. For it is impossible for the blood of bulls and goats to take away sins (Hebrews 10:1-4, ESV).

After hundreds of years of trying and failing to overcome sin through human struggle and imperfect animal sacrifice, humanity was shown how much they needed God’s help. And in their desperation, God pointed to the solution he’d planned all along—the Messiah.

Surely He took on our infirmities and carried our sorrows; yet we considered Him stricken by God, struck down and afflicted. But He was pierced for our transgressions, He was crushed for our iniquities; the punishment that brought us peace was upon Him, and by His stripes we are healed. We all like sheep have gone astray, each one has turned to his own way; and the LORD has laid upon Him the iniquity of us all. He was oppressed and afflicted, yet He did not open His mouth. He was led like a lamb to the slaughter, and as a sheep before her shearers is silent, so He did not open His mouth (Isaiah 53:4-7).

Jesus came as a perfect sacrifice—the Lamb of God, who takes away the sins of the world (John 1:29)! And it’s because of the Old Testament that we can understand what “Lamb of God” means and why a lamb was necessary. We needed someone who could carry “the punishment that brought us peace.”

Adam and Eve failed. The people before the flood failed. Israel failed. Their sacrifices failed. But by showing us time and again that humanity couldn’t overcome sin on our own, God prepared us to accept salvation as his free gift.

For the wages of sin is death, but the free gift of God is eternal life in Christ Jesus our Lord (Romans 6:23, ESV).

Why Is the Doctrine of Salvation so Crucial to Christianity?

The purpose of soteriology is to help us understand just how much God has done for us. And perhaps the most forgotten part about salvation is that God’s work in us doesn’t end at the cross.

After freeing us from sin’s punishment, God begins to free us from sin’s control. The Holy Spirit becomes our guide, leading us in the process of sanctification: becoming more like Christ. This is what we have been saved for. To live joyful lives of freedom, pursuing righteousness not out of fear, but out of a love for God and others (Mark 12:30-31; Galatians 5:13).

This is what God meant when his prophets said lavish sacrifice paled in comparison to love, justice, and humility (Hosea 6:6, Micah 6:6-8). God isn’t content to simply free us from punishment through sacrifice. He wants us free from sin itself. He wants to give us a new life full of love and purpose.

That’s why soteriology is so important. If we start and stop with John 3:16, we miss the beauty and purpose of God’s greater plan—or worse, we fail to live it to its fullest. 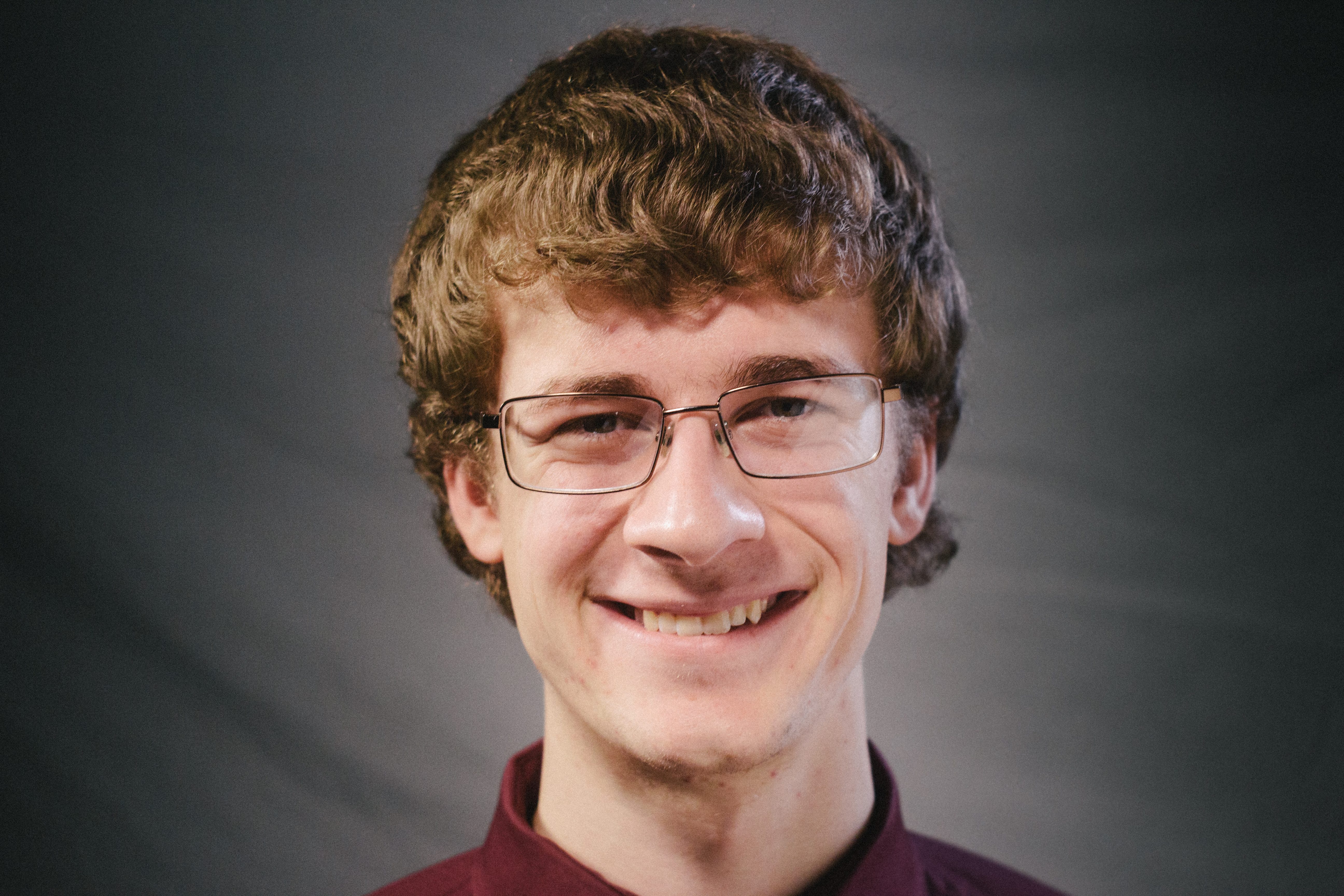 Tim Pietz is a recent graduate of Taylor University, where he earned degrees in strategic communication and professional writing—in other words, he can talk and write. He currently works as a freelance editor and writer for both nonfiction and fiction. In his free time, Tim enjoys roleplaying games, ultimate frisbee, and cheering on his favorite football team, the perpetually heartbreaking Minnesota Vikings.

This content first appeared on Crosswalk.com and is used here with permission. To view the original visit: https://www.crosswalk.com/faith/bible-study/what-is-soteriology-and-why-should-every-christian-know-this-term.html