Matthew’s primary audience was the Jewish people, and his purpose was to prove that Jesus was their Messiah. One of the techniques he uses to do this is by quoting Old Testament passages and he includes Jesus’ thoughts on the Kingdom of Heaven. Because of the Jewish people’s deep reverence for God, as demonstrated by them using Yhwh, and out of respect for the Jews, Matthew used the Kingdom of Heaven in his writings rather than Kingdom of God, but both refer to the same thing.

The Parable of the Vineyard Scripture

“For the kingdom of heaven is like a landowner who went out early in the morning to hire men to work in his vineyard. He agreed to pay them a denarius for the day and sent them into his vineyard. About the third hour he went out and saw others standing in the marketplace doing nothing. He told them, ‘You also go and work in my vineyard, and I will pay you whatever is right.’ So, they went. He went out again about the sixth hour and the ninth hour and did the same thing. About the eleventh hour he went out and found still others standing around. He asked them, ‘Why have you been standing here all day long doing nothing? ‘Because no one has hired us,’ they said. He said to them, ‘You also go and work in my vineyard.’ When evening came, the owner of the vineyard said to his foreman, ‘Call the workers and pay them their wages, beginning with the last ones hired and going on to the first.’ The workers who were hired about the eleventh hour came and each received a denarius. So, when those came who were fired first, they expected to receive more. But each one of them also received a denarius. When they received it, they began to grumble against the landowner. These men who were hired last worked only one hour,’ they said, ‘and you have made them equal to us who have borne the burden of the work and the heat of the day. But he answered them, ‘Friend, I am not being unfair to you. Didn’t you agree to work for a denarius? Take your pay and go. I want to give the man who was hired last the same as I gave you. Don’t I have the right to do what I want with my own money? Or are you envious because I am generous? So, the last will be first, and the first will be last.” Matthew 20:1-16

5 Lessons and Meaning of the Parable of the Vineyard

1. The Parable of the Vineyard reveals truth about the Kingdom of God.
The Jewish people were waiting for the Messiah to conquer their enemies and rule over them as a physical king like they had in the past. However, Jesus came to usher in the Kingdom of God, which was more than an earthly kingdom. It was a spiritual kingdom too. The Kingdom of Heaven is God’s spiritual rule over the hearts and lives of those who submit to God’s authority. It is living a life of holiness and righteousness through renewal and transformation. This is emphasized in Romans 12:2 where Paul instructs us to be transformed by the renewal of our minds.

The Kingdom of Heaven is living a life of peace where we allow the “peace of God to guard our hearts and minds in Christ Jesus” (Philippians 4:7). Jesus spent much time teaching on the Kingdom of Heaven because he wanted people to know that his kingdom requires faith and not works to enter.

2. The Parable of the Vineyard reveals that the matter of rewards is under God’s sovereignty.
Our human nature tends to judge people by what we can visibly see, but God judges by a different standard—the hidden and unseen. The hiring of workers was a common practice in early Palestine. Due to heavy taxation, high debt, and scarce resources, very few people held permanent jobs. Most people would hire themselves out each day to provide for their families. They would stand in the general marketplace hoping to hire on as a day-laborer. Those hired at the eleventh hour could indicate the urgency of the harvest, which alludes to Jesus’ statement that “the harvest is plentiful, but the workers are few” (Matthew 9:37).

3. The Parable of the Vineyard shows us God’s generosity.
Those hired at the first hour agreed to a set wage of one denarius for the day’s work. The workers hired at later hours agreed to “whatever is right.” It’s easy to read that phrase and exchange the word “right” for “fair” and then to interpret it by our understanding of “fairness.” We might think we deserve more because we’ve worked longer and harder than another, just as those who were hired at the start of the day thought they should be paid more than those hired at the end. But in God’s Kingdom, it doesn’t necessarily work that way.

We need only to remember the thief at Calvary, who lived his life for himself, broke laws, and yet joined Jesus in paradise. Those hired last received the same reward as those hired first. God’s grace is generous to allow us multiple opportunities to accept his invitation of salvation and eternal life.

4. The Parable of the Vineyard reveals our tendency toward envy, discontent, and comparison.
We see it in the workers hired at the first hour of the day. Their expectation of more compensation grew when they saw that the last-minute hired workers received a day’s wage for an hour of work. We can hear it when they grumble about equality as they remind the landowner of the burden they bore. It’s easy to compare our sufferings with another’s lack of suffering. Or we grow envious because someone else’s prayers are answered, and we’re left wondering if God even cares. In our advertisement-driven society, gadgets and gizmos parade before us promising to fulfill our wants and desires, yet leave us wanting more, more, and more.

We can counter this tendency by remembering that God’s ways are not our own. His thoughts are higher than ours and his infiniteness we cannot fathom with our finite minds. It’s in these moments where we can repent of our selfish thoughts. When it comes time to receive the wage of eternal life, we can rejoice that God’s kindness surrounds those who have served him for decades and those who have served him for one year. Both receive the gift of eternal life.

5. The Parable of the Vineyard emphasizes an upside-down way of living.
In back-to-back parables, Jesus stresses the importance that the first will be last and the last will be first. Does this mean we should wait till the last moments of our life to serve God? Absolutely not. It does mean that we should seek to serve him with our whole heart every day of our lives and to be in relationship with him.

As we walk with the Lord and spend time in his vineyard, we mature in him, we reveal his glory, and we learn to be faithful when the days get long and the burdens get heavy. We do this by keeping our eyes fixed on the prize—eternity with him. As workers in the vineyard, we can choose faithfulness to the task at hand, whether we’re in the workplace, marketplace, or in our home life. We can fix our minds on him and do our work through the strength he gives us--his strength in us. We can love him with all our heart, mind, and strength and trust him for whatever he has for us at the end of the day.

Although we are called to be faithful with the work he gives us, salvation is by faith in Jesus Christ. God gives eternal life, not to those who work harder and longer as the Parable of the Vineyard shows us, but to all who believe and obey. 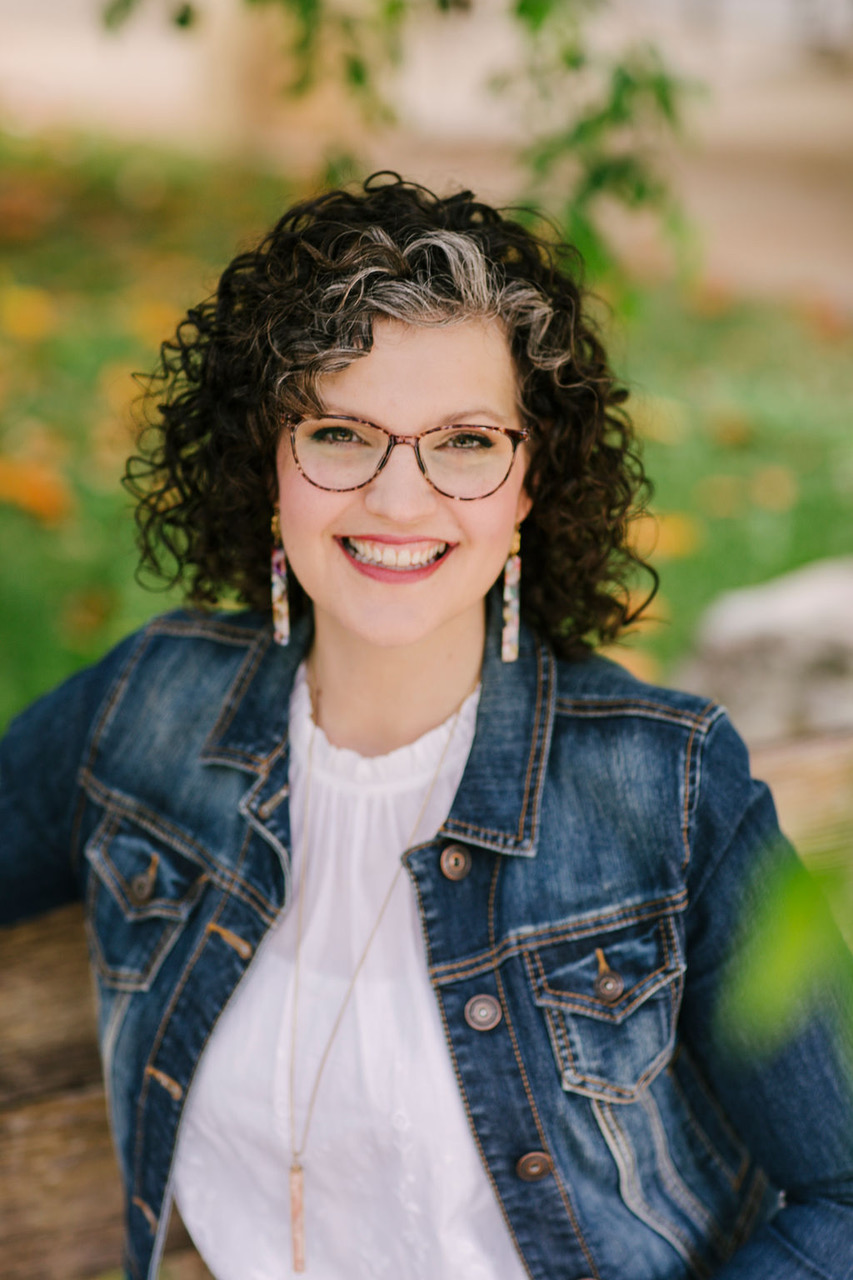 Jessica Van Roekel is a worship leader, speaker, and writer who writes at www.welcomegrace.com sharing hope-filled inspiration addressing internal hurts in the light of God’s transforming grace. She believes that through Christ our personal histories don’t have to define our present or determine our future. Jessica lives in rural Iowa with her husband and family. You can connect with her on Instagram and Facebook.

This article is part of our larger resource library of popular Bible parables. We want to provide easy to read articles that answer your questions about the meaning, origin, and history of parables within Scripture. It is our hope that these will help you better understand the meaning and purpose of God's Word in relation to your life today.

This content first appeared on Crosswalk.com and is used here with permission. To view the original visit: https://www.crosswalk.com/faith/bible-study/things-to-know-about-the-parable-of-the-vineyard.html