Look around your church on Sunday morning. On average, men make up only 30% of the room.

Estimates are that as much as 90% of all Christian books are bought by women. These are either books targeted directly to women, or books women are buying and targeting to the men in their life.

The disappearance of men from Christianity isn’t happening by accident.

Unfortunately, consumerism and market influences do affect the church. When women make up 70% of congregants, pastors naturally speak the language of the majority, intentionally or unintentionally, building ministries that are more attractive to the female psyche than the male.

Generalities are always dangerous, but women are generally more spiritually sensitive and more spiritually hungry. In turn, we make subtle shifts to placate the reached majority instead of the unreached masses.

Before you put me in a chauvinistic box, please understand that I’m an odd bird. I believe that women have gifts to lead at every possible level of the church and they should do so. It is a great thing when strong, godly women lead in a strong and godly way.

At the same time, I also believe we need to focus on men, who are disproportionately harder to reach and develop in the faith. 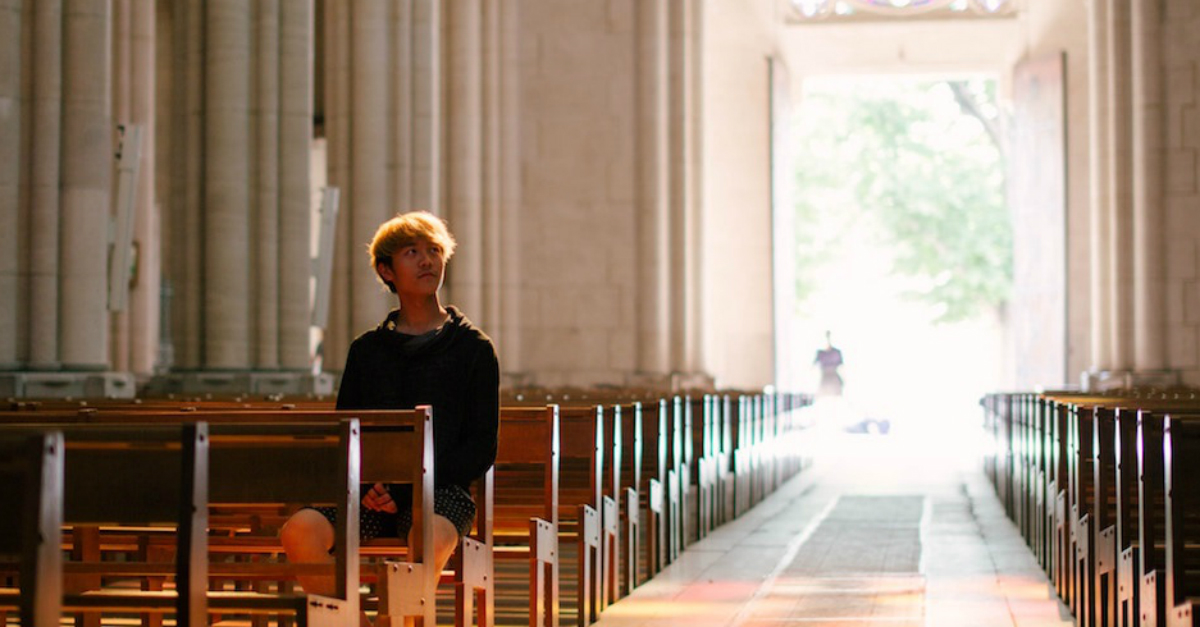 Churches have lost the ability to talk in a language that connects to the average man.

That’s why I wrote Move: The Man Devotional. I actually believe men have a desire to know and connect with God. This book helps facilitate that by speaking in masculine vernacular and using masculine examples—all to get men in our culture to move on their faith.

It was birthed out of many conversations I’ve had with men on my back deck or around a campfire. I’ve seen these insights move men to action—to take control of their lives, their families, and their faith. The ideas in this book are the kinds of things that are core to Christianity, but which often don’t get voiced in our feminized version of Christianity.

For example, one of the most confusing and incendiary verses in the Bible says that wives are the “weaker vessels.” Confusion reigns when trying to understand what this means. There are wives who can do more pushups than their husbands. I know wives who are more emotionally resilient or who out-earn their spouse financially. None of these things are wrong, but they lead us to an important question: how can the Bible actually claim women are weaker?

Today’s feminine form of Christian devotionals would avoid that verse or address it with thoughts and philosophies. That approach won’t do a man any good. Especially since the next section says that not doing so hinders our prayers.

Men Need to ‘Move’ by Applying Scripture in Real Life

A man needs to know how to move in putting the scripture he learns into practice.

So what if his wife is stronger, more resilient, and the breadwinner? There is a way for him to honor her as a “weaker vessel” even if she isn’t weaker. If he begins to treat his wife as more precious than a priceless vase from the Ming Dynasty, things in his life and their marriage will begin to change. She will feel cared for and loved; he will build confidence and a foundation for their home; and their marriage will only grow better as he gets more “yes” answers to his prayers.

For better or worse, men disproportionately impact culture. We have yet to have a female president. There are very few female Fortune 100 CEOs. The vast majority of the most influential music producers and movie directors are males.

I’m not saying this is the way it should be. I’m just saying it is the way it is. If the church wants to impact culture, we have to do a better job reaching men.

I wrote and published a book called The Five Marks of a Man for a male audience. But all the people I worked with on the editing and publishing process were women. Word choice and illustrations that average men would understand, they didn’t resonate with. It put me in the position of constantly defending or explaining why I wrote the way I wrote or chose the words I chose.

That’s not the case with Move: The Man Devotional. I wrote it; men copy-edited it, and I made the final choice on everything with men in mind. This book will stick out among devotionals. Instead of being thought-focused, Move is movement-focused. That’s because most men are primarily movement-oriented, not belief-oriented.

When we look at devotionals that are on the market, most are there solely to give us a good thought for the day. But that’s not what Jesus did. Jesus never wanted to give people a good thought. He wanted to change lives and get them to move. He wanted people to stop judging; start loving their neighbor; build their life on solid rock; sell everything they had to give it to the poor; put their hand to the plow and not look back.

He left challenge after challenge to get us to move.

And it worked. That kind of talk is what caused 12 guys to give up everything and follow Jesus. That movement of men changed the world. I want to be part of a movement like that. And I think other men do too. 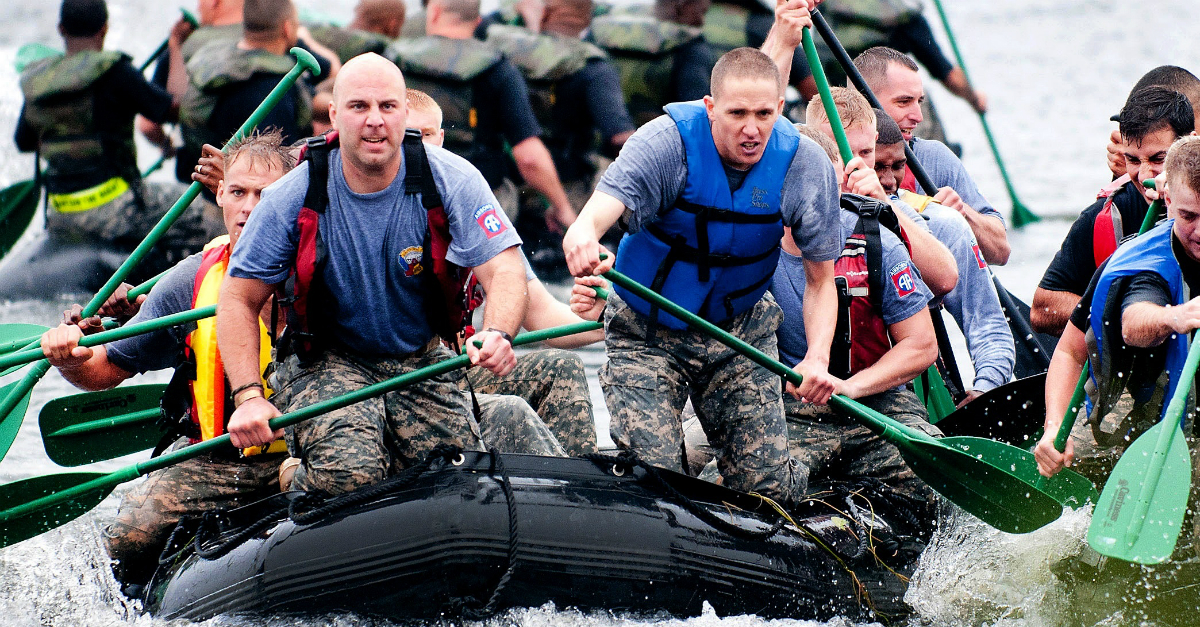 Every Man Wants to Be Challenged

Christianity in America is too soft, too thought-focused, and too passive.

Men want and need challenge; they need a stimulant to get them moving. Every man I know wants a life that matters and leaves a dent in the world. Move: The Man Devotional is about getting your spiritual rear in gear. To do that, you’re going to have to move.

In the devotional, you’ll find practical challenges and applications like:

Be your kids’ first influence: You need to be the first person to have important conversations with your children—before they hear about it from peers or TV. No matter if it’s a conversation about sex and pornography, alcohol and peer pressure, or finances and tithing, have the conversation today. Don’t let someone else be first to market with your kids.

Make a u-turn: Drive with the GPS on today and intentionally miss a turn. Let it tell you to make a U-turn. That’s what repentance is—engaging in the U-turn. Where do you need to do that in your life? Make the turn today.

Lay down your life: Most men claim they’d take a bullet for their wife, but in reality, life-or-death heroism probably won’t be something you’ll have to do. Much harder is choosing to daily lay down your life for her. For the rest of the week, do nothing to win an argument or disagreement. Lay down your life and allow your wife to be right or have her way in every situation. Even if she is clearly in the wrong, it will be good for you to lay down your will, preferences, and life.

Now, perhaps more than ever, the church needs men who are ready for the challenge, who are ready to move. It’s not what you believe that sets the trajectory for your life, it’s what you do.

It’s time to get moving. 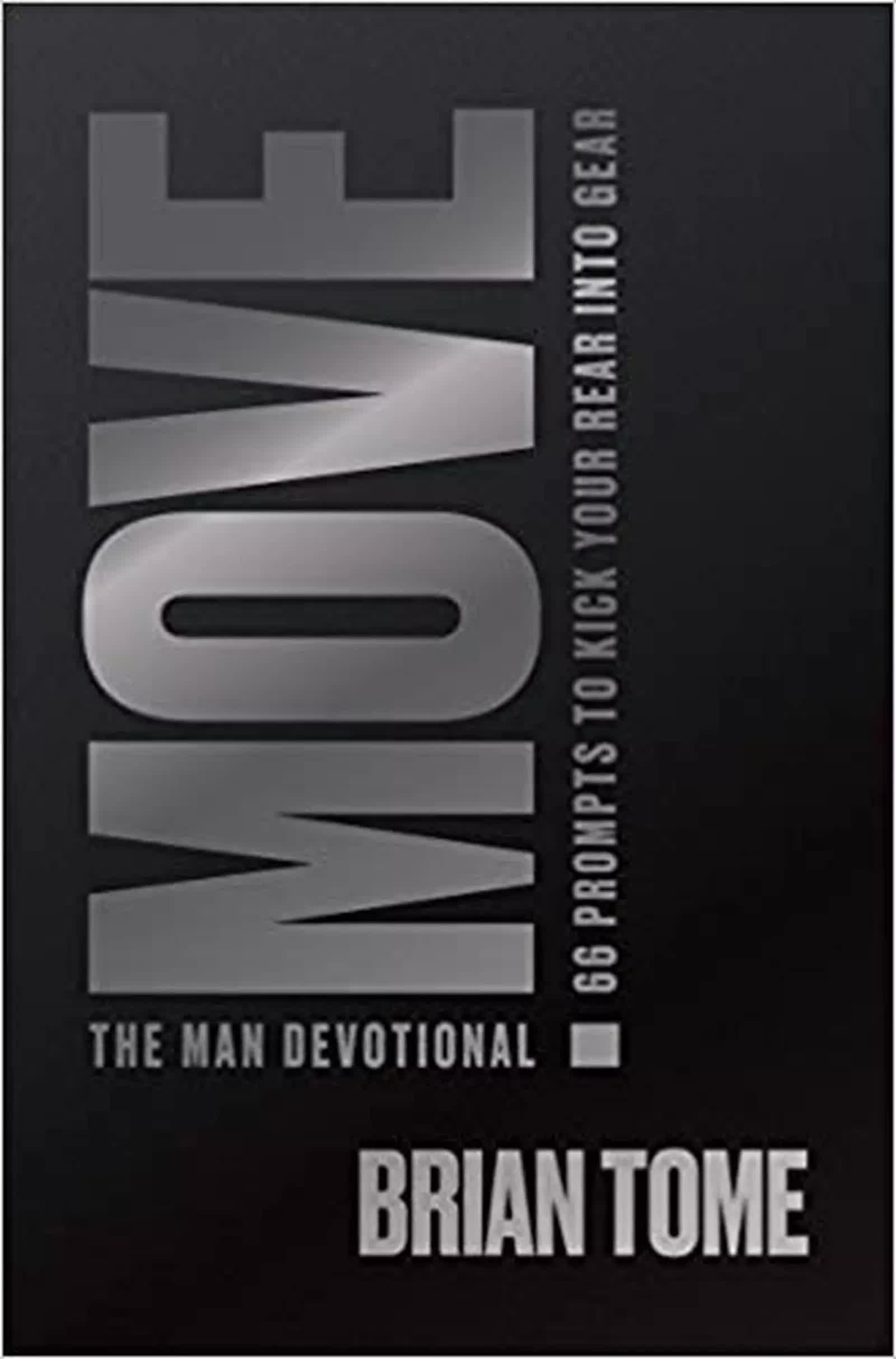 Brian Tome is the author of Five Marks of a Man (Baker, October 2) and an upcoming men’s devotional releasing in time for the New Year, MOVE: 66 Prompts to Get Your Rear in Gear (Fedd Books, December 17). Brian is the pastor of Crossroads Church in Cincinnati (America’s fastest-growing and third largest church, according to Outreach). He is an outdoorsman and adventure motorcyclist, and his annual “Man Camp” weekends have drawn more than 15,000 men in the last 4 years.

This content first appeared on Crosswalk.com and is used here with permission. To view the original visit: https://www.crosswalk.com/church/pastors-or-leadership/why-are-men-disappearing-from-church.html